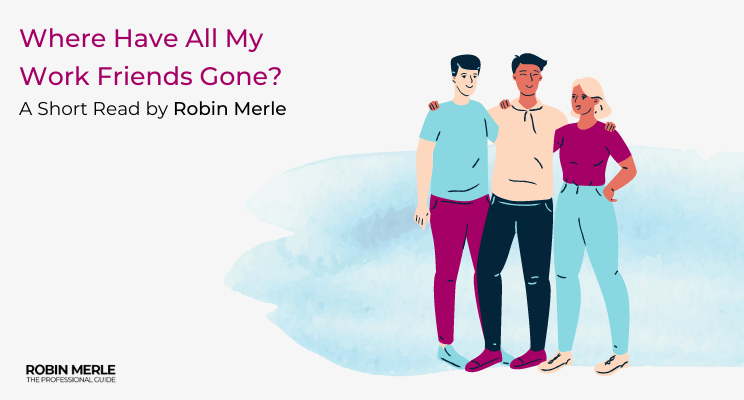 01 May Where Have All My Work Friends Gone?

Posted at 16:31h in All, Your Success by Sage Nellak 0 Comments
0 Likes
Share

I write this with apologies to Peter, Paul, and Mary and their anti-war anthem Where Have all the Flowers Gone. Their song popped into my head while I was thinking of…we’ll call her Madam Zero—who used to confide in me about how she just could not work anymore with the COO. She vanished when I lost my job. I had withdrawal symptoms remembering those lovely bottles of expensive pinot noir and French dinners consumed at nine in the evening because that’s the soonest we could meet to exchange stress stories before we collapsed back at our apartments ready to rise for the five a.m. emails and seven a.m. meetings.

But then she was gone.

So what is it about “work friends” that’s so slimy when it comes to our favorite new word, “authenticity?” Simple, they are what they’re labeled. Friends of convenience. Friends in battle. Friends at the buffet of the company retreat.

Even when we know we’re friends because of the company, which we usually don’t when we’re in the company, it still hurts when we’re exited and we never hear from our work friends again. I’ve spoken with women who lost their jobs more than five years ago, and they still remember who they never heard from and how, in a flash, their opinions of the no-shows changed. 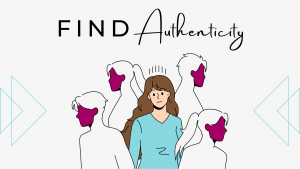 It helps to have some emotional armor in place to protect your vulnerability—i.e., to acknowledge that some of your work friends were friends of convenience. It enables you to walk away stronger. One career coach I know takes precaution to the extreme.  He advises, “Never trust anyone in business.”  We may not agree with this, but he emphatically makes the point that business is business, and personal friendships are something else.

“I’ll never make myself that vulnerable again,” Lidia told me, an executive who was let go after 30 years from a job she loved. Now, in her new job, she provides references for counseling rather than counseling people herself. She leaves the building at the end of the day rather than de-stressing with gossip and company news, keeping her opinions to herself.

The Positive Side of the Story

Best Advice: Take comfort in the beautiful emails and cards you receive that confirm you made an impact on people’s lives.

“There were people who I thought cared about me who fell off the face of the earth,” said Jenny, a loyal executive who was let go after 20+ years when her publishing company was acquired. “I had gone to their families’ parties and thought we were close, but I never heard from them after I was let go. Then there were people who reached out to tell me to tell me how much of a mentor I was to them, and I thought, Really? I thought we were just talking.”

(With excerpts from my book, Involuntary Exit, A Woman’s Guide to Thriving After Being Fired, She Writes Press 2021)