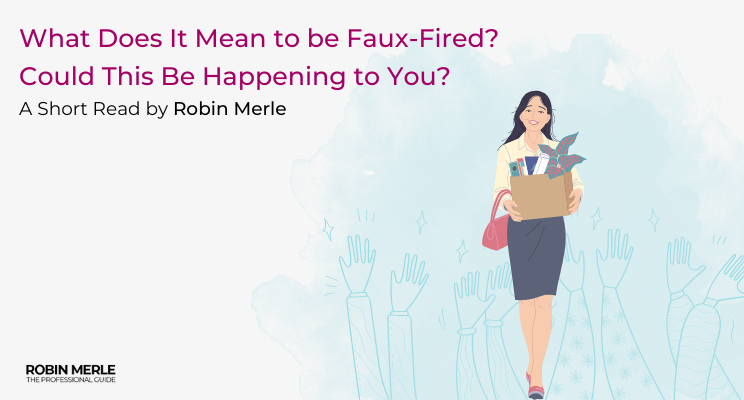 10 Aug What Does It Mean to be Faux-Fired? Could This Be Happening to You?

Posted at 13:59h in Your Success by Sage Nellak 0 Comments
0 Likes
Share

Have you ever walked into a job performance review and had it go completely in the opposite direction of what you knew to be true?

Chances are this might have been the last time you had a conversation about your performance. Chances are if you felt your contributions were not being valued appropriately and/or you repeatedly made your case for recognition that never came, you left. You were, essentially, faux-fired. This is when being let go is disguised as leaving on your own. The power brokers at the top repeatedly ignore your contributions, or make it difficult for you to scale your successes, so you fire yourself and leave.

How Much Control Do You Really Have?

One of the women I interviewed for my book Involuntary Exit was exuberant the day she resigned. She strode into her boss’s office and told him everything that was on her mind then slammed down her resignation letter. Months later, slumping in her chair with a glass of wine, she hardly looked the victor. In her mind she had always been in control and therefore all actions stemmed from her own: even her inability to get the recognition she deserved.

I call this defeatist narcissism. This is when you take credit, yes credit, for other people’s behavior. Do you think you can change it? Their decades of being who they are don’t fall under your control. It sounds obvious now but when you’re in the thick of it, it’s a dense fog of Why Can’t I Fix This? 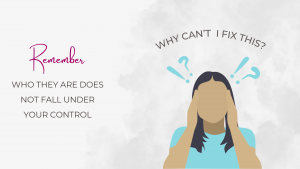 Faux-firing is now re-branded as The Great Resignation, The Great Reshuffling, even The Great Free. The best part of the re-brand is that people are recognizing that culture matters. In short, it’s not about you, though wayward performance reviews may trick you into thinking it is.

If you’re in a culture that makes you queasy, that you can’t quite crack no matter how many people you find to sit with at lunch, it’s time to move on…but to move on with dignity and on your own terms. Here are some pieces of Best Advice to help you turn toward the light:

Never abandon yourself to an organizational culture that doesn’t value you.

Don’t persist in trying to change what can’t be changed.

The main thing you can learn from anyone who creates a toxic or hostile environment is that you are not there to alter their reality. They are on their own journey.

You are not inept because you are different from the aliens around you. 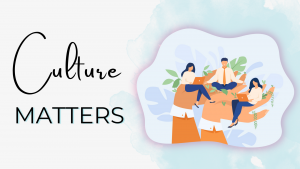 One of the most absurd stories I heard from a top-performing woman I interviewed was when she expected an above-par evaluation but instead her boss asked her if she could be “different.” When she asked what he meant by different, his vague answer was, “Different from the way you are.” And of course, she left, and went on to build her own successful business where everyone was as different as she was.