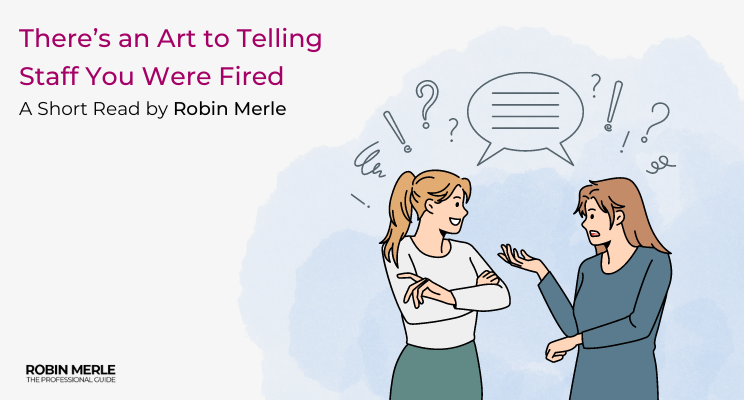 When Rachel was fired from her firm, she called her senior staff into her office and told them the truth. She said, “’There was no budget for my plan, and they eliminated my position to save costs.’” She then wished them well, gathered her belongings, and left.

Tessa, on the other hand, arranged meetings with her staff off-site, after she had been ushered from the building by Security. She wanted to let them know that they were safe and that they could call her anytime.

Rachel’s recovery began the minute she left the office. Her emotional armor kept her from being a caretaker for others when she most needed to be her own caretaker. Tessa spent manic months at the gym, treadmilling her emotional upheaval into submission, and painfully reliving the Day It Happened as she answered all the calls from her bereft staff.

For company Loyalists–those who have been with an organization for 10 years or more -walking away like Rachel did sounds alien, doesn’t it, almost like abandonment? But if you want to take care of others, you need to put your oxygen mask on first. 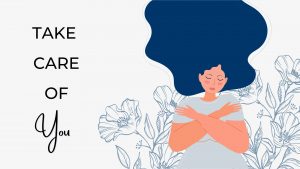 Is it Selfish to Leave my Staff to Figure Things Out on Their Own?

Let’s reframe that question: Is it selfish to take care of myself? This may be an uncomfortable question for those of us whose identity has been wrapped up in being a mentor, sponsor, boss, and talent developer of others. After all, we made it a point to understand and amplify the strengths of each member on our team. But, keep in mind, you just lost your job. You’re vulnerable to saying things you might regret. And guess what? They’re vulnerable too. They might not even respond if you reach out.

Staff are the collateral damage of a boss being kicked to the curb. If your team is still at the company, they’re worried: What will happen to me? The boss got rid of her – Am I next? 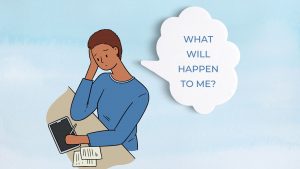 Rachel says she knew her staff would immediately start jockeying for positions within the company and that they’d survive. By comparison, Tessa wanted to make sure her staff still needed her. But…

A person’s fear about his or her livelihood trumps your relationship. After all, you only know each other because of the company.

Radio silence from those with whom you worked closely is more common than you think, so try not to personalize it.

What if Staff Do Reach Out to You?

Before you take a call from anyone on your team, ask yourself, “Why are they calling me? What do I represent to them?” It could be a number of things, including:

Be careful. You’re still struggling with your own emotional fallout and there’s no real benefit to you to bash the company or to be shaken by news you really don’t want to hear. The most important thing for you to do now is to acknowledge you’re moving on to a new chapter, no matter how uncertain and fragile your new future may be. Take care of yourself first, so you can once again be there for others when you’re ready.