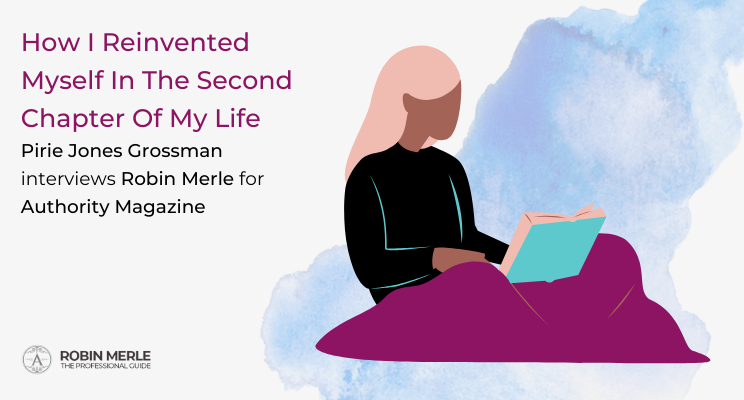 An Interview With Pirie Jones Grossman

Many successful people reinvented themselves in a later period in their lives. Jeff Bezos worked in Wall Street before he reinvented himself and started Amazon. Sara Blakely sold office supplies before she started Spanx. Dwayne “The Rock” Johnson was a WWE wrestler before he became a successful actor and filmmaker. Arnold Schwarzenegger went from a bodybuilder, to an actor to a Governor. McDonald’s founder Ray Kroc was a milkshake-device salesman before starting the McDonalds franchise in his 50’s.
How does one reinvent themselves? What hurdles have to be overcome to take life in a new direction? How do you overcome those challenges? How do you ignore the naysayers? How do you push through the paralyzing fear?

In this series called “Second Chapters; How I Reinvented Myself In The Second Chapter Of My Life “ we are interviewing successful people who reinvented themselves in a second chapter in life, to share their story and help empower others.

Don’t be afraid to hire people to help you. Early in my publicity campaign for my book, I realized if it took me five days working with Canva to create a post, I was sunk. The smartest thing I ever did was hire a 17-year-old to do my social media.

As a part of this interview series, I had the pleasure of interviewing Robin Merle.

Robin Merle has been a senior executive for billion-dollar organizations. She is a veteran of the power, value, and identity wars at the top ranks; has raised more than a half-billion dollars in philanthropy during her decades working with nonprofit organizations; has served as a board member for three nonprofits in New York City; and has been the vice chair of National Philanthropy Day in New York for three consecutive years. In 2017, she was named Woman of Achievement by Women In Development (WID) for her leadership in fundraising and commitment to women in the field. Robin is a frequent speaker at national conferences on fundraising and leadership. Her short fiction has been published in various literary magazines. Involuntary Exit is her first nonfiction book. Robin splits her time between New York City and North Conway, New Hampshire and Maine.